Alex continued to make good progress both at school and in his personal life. He and Lexi dated for over a year, she helped him a lot, and then as often happens with teenager romance they drifted apart and agreed to go their separate ways.

Taylor and Krissy had a baby boy and, as Alex promised. he became the ‘best uncle ever’. He has stayed off the drink and drugs and continued with counselling for nearly two years. Because he’d missed a lot of school he went to college to gain the certificates he needed to train in computing. He didn’t join a boy band but does play the guitar.

I have remained friends with Gwen and we meet up when we can. Two years after Taylor left, with Alex more settled and now with a spare bedroom they decide to foster again – children with challenging behaviour. Guess who is the best help of all, and the person the child bonds with first? Alex. Gwen said he tells them his life story which gives them hope that they too can have a better future. Well done Alex. 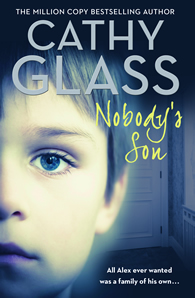