Tayo continued to do well at school and was very much into sport. But as I thought might happen his phone calls gradually tailed off as he became more involved in his new life.  However, when he was sixteen I received a Facebook friendship request from him and also from his family, so we are all officially friends!  I’ve been able to view lots of lovely photographs of the great life he is leading in Africa with his family.  After leaving school he studied sport psychology at college, and got himself a girlfriend.

Aged nineteen Tayo took a gap year with a friend and went travelling through Europe. He came to England and we met up with him and his friend in York.  Adrian, Lucy and Paula came with me and as you can imagine it was a very emotional meeting. I was touched and surprised by how much he remembered of his time with us, and the kind things he said. His father asked to be remembered to us and renewed his invitation for us to visit him and his family if we could ever mange a trip to Nigeria. I’m working on it! 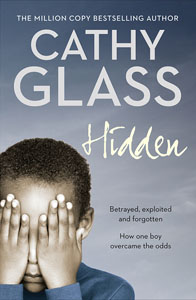