A year after I received the last letter from Rihanna saying they were moving, I was in the car driving through a neighbouring town when I saw Rihanna and Harrison with a man. It was a Sunday and Adrian and Paula were out for the day with their father and I’d arranged to meet a friend for lunch. I recognised Harrison immediately from the photographs Rihanna had sent me, and Rihanna hadn’t changed at all. She and the adult male were walking either side of Harrison and all three were talking and laughing like any happy family. I decided there and then the man was Harrison’s father and the reason Rihanna had moved was so they could have a new start and live together for I do so like happy endings. And who’s to say I wasn’t right? The man matched Rihanna’s description of Jacob, and in appearance could easily have been Harrison’s father. I didn’t stop but drove on as I was meeting a friend, and I also thought that if I was right and they had made a fresh start together they wouldn’t want me appearing and reminding them of the past. I haven’t seen them again but I have the feeling they are all doing well.

And what of Ellie? That poor child who stayed with us for a week while her carer, Ava, went to Scotland to help nurse her sick brother, and while with us disclosed the most horrendous abuse. Ava still fosters so I see her from time to time – on training courses and social events arranged by Homefinders. I’m pleased to say Ava’s brother made a full recovery from cancer and is still well today. Ellie stayed with Ava for over a year until the court process was complete. At the final court hearing the judge decided Ellie should live with her father and paternal grandmother, where she still lives today. While a minor she saw her mother four times a year at supervised contact, I don’t know if she still sees her mother now. The judge decided not to return Ellie to her mother’s care as she refused to leave Shane, her abusive partner, a choice I am sure her mother lived to regret. Ellie is studying to be a teacher. She still sees Ava a couple of times a year and occasionally I see her too. 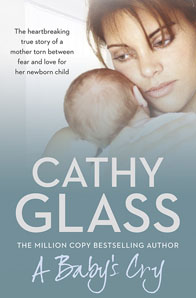